What is your wooden leg? That’s the question Erik Stolhanske asks in our interview. Do you know Erik? You might recognize him from his roles in Super Troopers, Beerfest, Slammin’ Salmon, and other movies from the comedy troupe “Broken Lizard”. In this episode Erik and I chat about his productive struggles, how he got into acting, being part of the p90x cast, and much more! 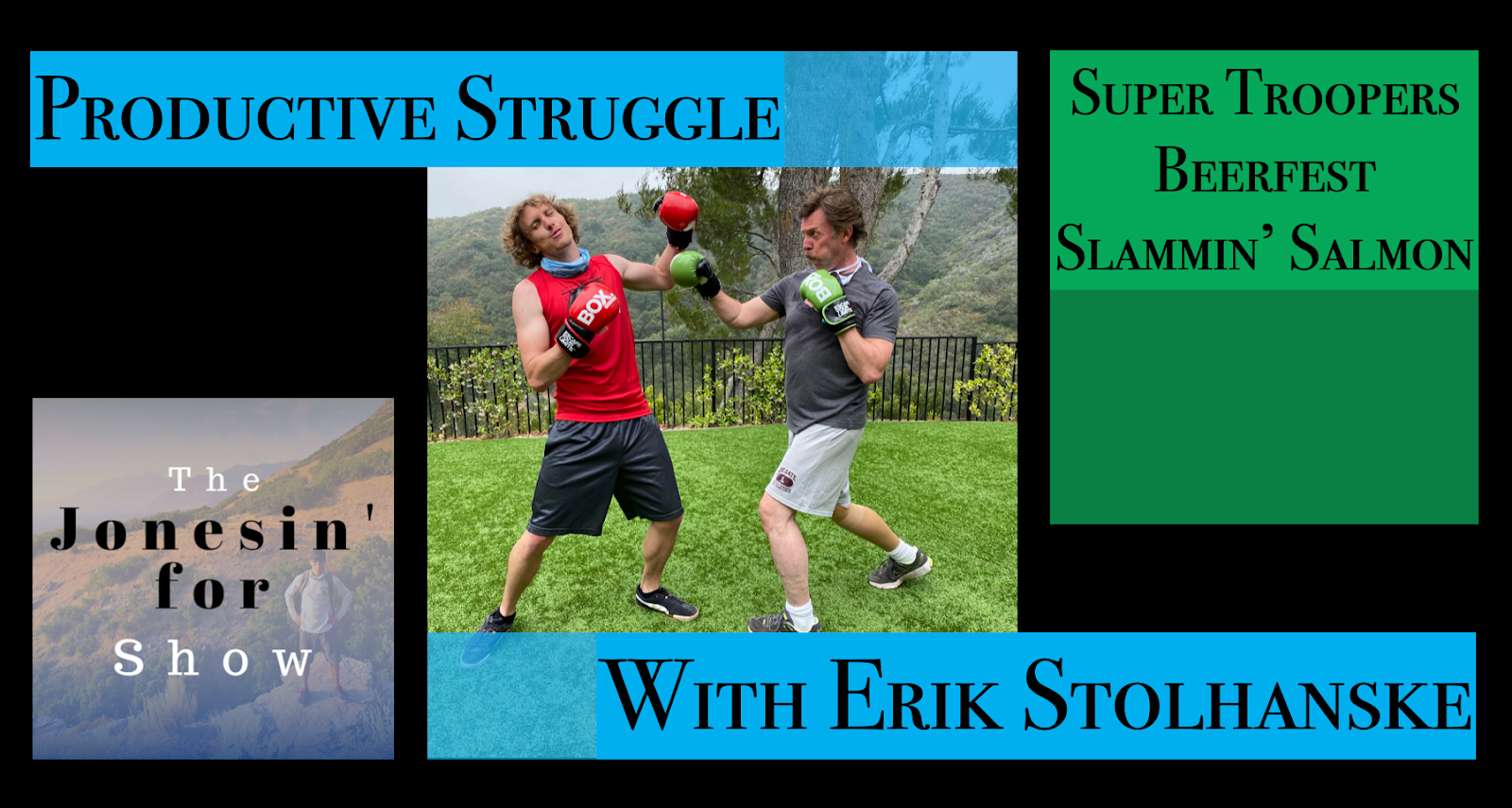 So let’s start at the basics. Erik Stolhankse is an actor, writer, producer, and an all-around amazing person. I got to know him because we both were at Tony Horton’s Paragon Camp. He got to know Tony when he lived in Los Angeles and wanted to get in shape for a movie. There was a sign at the gym saying “try the hardest thing you’ll do in your entire life”, Erik thought it couldn’t hurt and signed up. It was tough and Erik struggled at points. He did his best and forgot the rest. At some point Tony came up to Erik and said that he didn’t know if he was going to make it. No one knew he had a fake leg, not even Tony Horton as he wore pants. Around the 60th day (out of 90) he wore shorts and people were amazed that he was crushing this program with a physical handicap. As he continued through the program, Erik was getting stronger and Tony asked him if he wanted to be in the video for P90X, but Erik declined, because he didn’t want to be in a video showing his prosthetic leg out of fear that he wouldn’t get cast in any roles other than disabled roles ever again. Tony managed to convince Erik to do it and the two of them started hanging out more and working out together.

Wait, Erik has a fake leg? Yep! Erik was born without a fibula in his knee, so the bottom half of his leg wouldn’t have grown. His mother had to decide whether or not to amputate her sons’ leg. What an incredibly tough decision, one I can’t imagine making. She decided to amputate her young songs leg. He grew up on a wooden leg, and whenever he grew, they’d unscrew his foot, add more wood and screw the foot back on. Erik wound up playing baseball with his friends, and he loved it. He was the captain of his high school baseball team, and decided he wanted to give it a go in college. Erik attended Colgate University, which was a division one school. Unfortunately, he did not make it onto the baseball team. It was hard to deal with at first because it was something that he had loved for so long. It took some time but he found a new passion as an actor. He started auditioning for productions at Colgate’s Theatre but would never get cast for anything because he had no idea what he was doing. Even though he didn’t get cast he still helped out behind the scenes on stage crew because he enjoyed the environment of the theater. One of his friends invited him to try out for a comedy group that he was putting together, and finally Erik was invited to join the group.

The group stayed together after college and moved to New York City. They renamed themselves “Broken Lizard” and did what they could to make people laugh while making a living. They put together a low budget movie and brought it to a film festival. It didn’t get picked up and so they went back to “work”. Becoming an actor definitely wasn’t an instant success; it took about ten years before they finally got their first movie into theaters. Erik is driven to continue because he has a lot of fun doing what he does. When you surround yourself with a group of friends, they push you to do your best and drive you to keep going

In the future Erik plans to continue acting in and making movies. Currently he is writing the script for Super Troopers 3, along with another project that is in development. They will start shooting once things start to open back up again after Covid. He hopes to do some more speaking at that time to. Erik says that if he weren’t acting, he would probably want to work with big game somehow, like at an elephant safari or something like that. He also still occasionally does the P90X videos as well. For other people who are going after their goals, Erik suggests that even when you fall, keep getting back up no matter what. Figure out what your “wooden leg” is (what is your struggle) and overcome it!

If you are interested in learning more about Erik or booking him for an event, you can find him on his Facebook page Erik Stolhankse, on Instagram @erikstolhanske and just send him a message and it will get to him.

I would love to hear what you think about Productive Struggle and the interview with Erik! Please send me a message on social media at @Jonesinfor or email me at [email protected] Thanks!