Westley Silvestri is an American Ninja Warrior, Titan Game star, real estate agent, and an all-around awesome guy. I was lucky enough to meet Westley at Tony Horton’s Paragon camp I attended in June 2020. He is a true force of energy who goes after life and lives his life to the MAX! 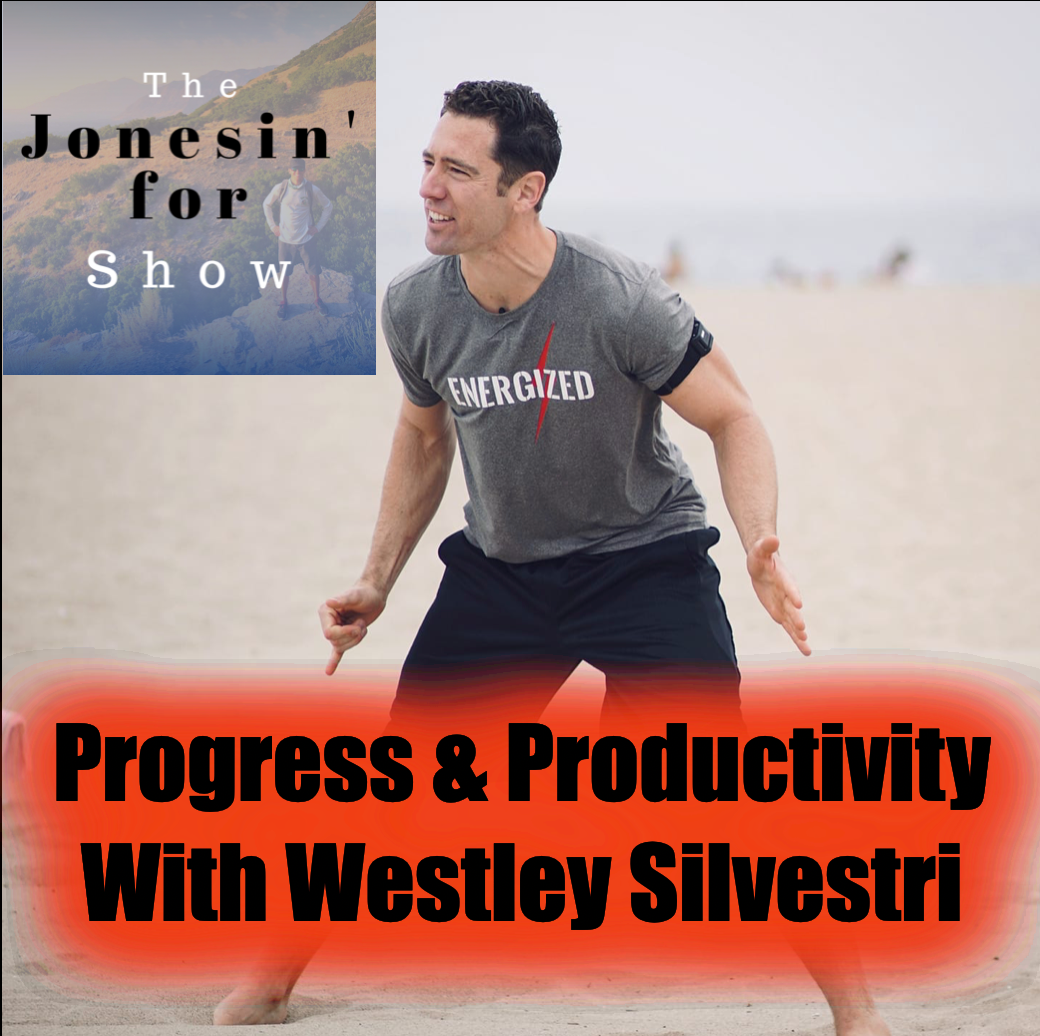 Westley is a firm believer in fitness and using fitness to heal yourself. Along with fitness, stand up comedy is another thing he loves. He finds the rush he gets from being able to get a room full of people to laugh addicting. He also believes in the importance of real estate. As a true testament to his energy and go get ‘em attitude, he shared that most real estate agents only sell about four homes a year, Westley sold five homes within his first month of getting a license.

Westley got into fitness after his roommate died very young due to health problems. His roommate began doing the P90X workout program and Westley saw him doing it and decided to join him. Before that he had never really been committed to working out, he was fit from playing golf but nothing really more than that. His roommate decided to run a marathon and would train by doing every other run in his area that he could. He passed away before being able to do one of the runs, so Westley decided to step in and run it for him. He wore his roommate’s bib and when he reached the finish line and got his medal he realized he had accidentally been given two medals. It was like his friend reached the finish line with him. A little later he talked to a guy at the beach who told him to check out American Ninja Warrior, and Westley ended up sending an audition tape in. He didn’t get in, but he was invited to go check it out and get tested to run the course and see if he would want to do it. He ran the course, did well, and was asked to go test again the next day. He tried out again the next season, and yet again didn’t get in. He decided to be a walk on contestant and when he was in line, he watched the seven people in front of him fall without hitting a buzzer. When it was his turn to run the course, he was the first person in that city to hit the buzzer. He has continued trying since then but hasn’t won, although he plans to keep trying if he can. To train for American Ninja Warrior, Westley built a bunch of obstacles which he would haul down to the beach every Sunday to work out. Unfortunately, it was attracting too much attention and other kids wanted to try out his obstacles. At first Westley would allow them to try out his obstacles but it ended up cutting into his own training time. Tony Horton saw Westley’s workouts and sent him an email asking him to work out together. Westley agreed and went to Tony’s house to workout on his ninja course.

Currently Westley runs outside workouts on Saturday on a donation-based system. When people sign up, Westley sends them a link to where they need to go and what time it will be at but doesn’t tell them what the workout is going to be. He changes the workout every single time and loves to see people challenging themselves to do new things. Pushing people out of their comfort zones is one of his favorite things to do. It is incredibly rewarding to see people accomplishing their goals. Westley believes people need to stop comparing themselves to others. People need to focus on themselves, keep improving themselves, and reach for their own goals.

If you would like learn more about Westley you can find him at energizeagent.com, on his Youtube channel Energize Agent, and Instagram @WestleySilvestri. I would love to hear what you think about the interview with Westley! Please send me a message on social media at @Jonesinfor or email me at [email protected] Thanks!