Living Your Passion with Jameson Redding

Living Your Passion with Jameson Redding

Jameson Redding is not only a kayak fisherman, he is an epic photographer, videographer, and most of a family man who travels the world to chase his passions and help others chase their passions. In our interview we chat about how Jameson got started living his passion and where it has taken him. Jameson says that he has met so many great friends traveling over the years while chasing his passions. I find the community you can build while doing the things you love is truly amazing. I first met Jameson years ago when we were doing some video work at ICAST and then we met again while we were hanging out at a Boondoggle and I couldn’t agree with him more. The community you can build when you chase your passions is truly incredible! 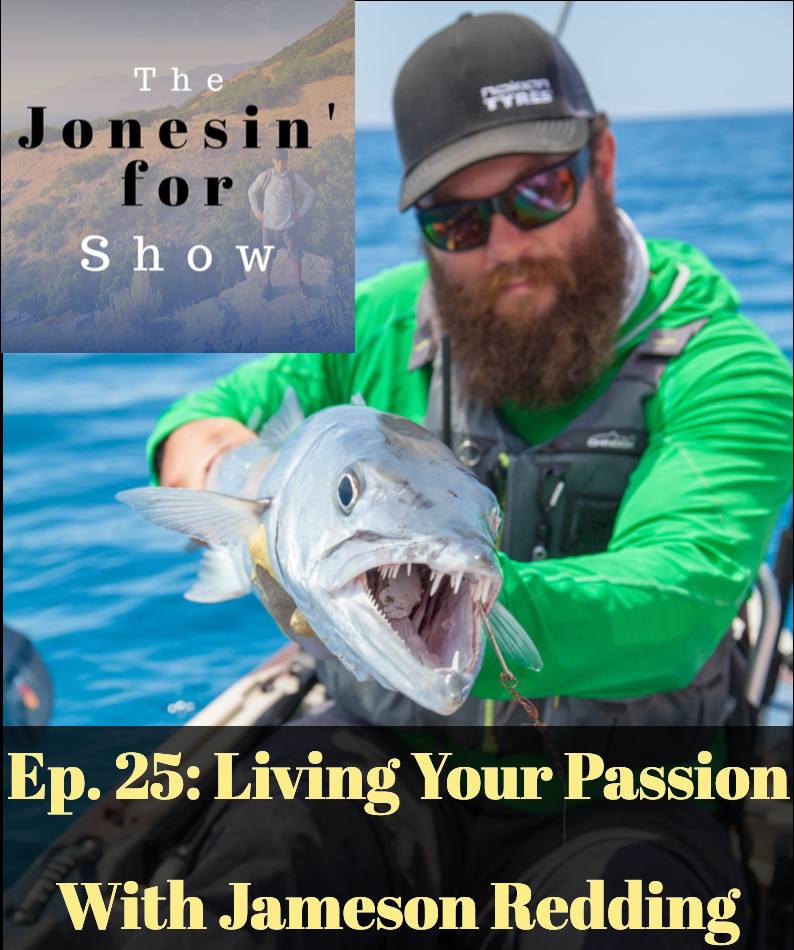 Jameson lives in the middle of nowhere in North Carolina (his own words), where he grew up. He moved to Florida and met his wife which is where he discovered his passion for fishing. Eventually he moved back to North Carolina and began kayak fishing in the rivers. After much thought and chat with his dad he quit his day job at his dad’s fence company and began trying to figure out how to make a career out of kayak fishing. He is one of the first people I’ve known who has quit his day job to chase his passions, which has definitely encouraged me to do the same.

Redding decided to quit his day job because it became something where he went to work and was just always planning his next kayak fishing trip. It was difficult for him to quit since he worked with his dad, and he didn’t want to let his dad down. He started traveling for some kayak fishing competitions, and met many people that he became friends with. He thought through many options for what he could start to do in the kayak fishing industry. Eventually he met some people who needed a camera guy for their trips and he agreed to help them out. Luckily his wife had just finished nursing school and agreed to pay the bills for a little while as he began growing his business. It wasn’t easy of course, and there were many struggles, but it was worth it for chasing his passions. At one point he ended up with some damage to his truck that would cost more to repair than he was making, but his wife encouraged him not to quit. She is very supportive of him and his passions. Once you become involved in doing something you're passionate about, the only stressful thing about it is needing to make money. If you just keep working at it, eventually something’s going to work itself out. You definitely need to have a support group to help you get through when things are tough. Sometimes things won’t work out, so it’s best just to say yes to every opportunity you get, because you never know which one is going to work out for you.

When Jameson’s son was born, he and his wife decided to get a motor home so that they would be able to travel together easier. With the motor home, he was able to continue traveling to a bunch of different locations, and he was able to bring his family with him. That plan worked out well for a while, until his wife got pregnant again with his daughter. Jameson wanted to go on a big road trip to film and catch many different fish and hang out with people who shared his interests. His wife had never really done a big road trip before, so after his daughter was born they jumped in the truck and took off. The road trip took about four months and they traveled all over the entire United States. Once his kids are a little older, he does hope to do another big road trip with them again to hopefully make more memories with them. And to make it personal, that was something I really loved from teaching choir. I love traveling, and it was awesome being able to travel with my students and make memories with them. It is something they will always remember and I hope they will look back and enjoy the awesome memories. When you’re on these kinds of trips, Jameson believes you need to just go with the flow. For example, on one of his trips he was walking down a dock near his hotel when he got invited onto this huge multi-million dollar boat. He met some amazing people and made new friends. Of course, you should still be cautious when talking to strangers, but when you get awesome opportunities, take them!

I asked Jameson what was one of the biggest struggles he has had when living his passions. He said that the biggest struggle is deciding what opportunities to take. You don’t want to stretch yourself too thin, but you don’t want to pass down amazing opportunities either. Of course, money can be a struggle as well, because he does need to help support his family. It can be hard to make a decision to pass up a non paying opportunity that you might rather do over a paying opportunity, but those are the decisions that you need to make. When you're chasing your passions you need to make your decisions for yourself and your daily and you can’t give up when you are struggling. It’s from some of those struggles come the greatest joys. Through all of his struggles, Jameson’s biggest joy is hearing that he’s inspired people, such as myself. He thinks it’s a huge accomplishment that he has affected other people in such a positive way by sharing what he has done.

Jameson has inspired me and I know he can and will inspire you. I highly suggest you follow him and catch his adventures! You can find Jameson on Instagram @jamesonredding and on Facebook as Jameson Redding. If you’d like to see some of the work he has done check out some of the promo videos for Jackson Kayaks as he has helped work on most of those.

I would love to hear what you think about Living Your Passions and the interview with Jameson! Please send me a message on social media at @Jonesinfor or email me at [email protected] Thanks!