In this episode of the Jonesin’ for Show, I talk with Ted McDonald about endurance mindset. What does it take to handle long and tough races and moments in life. We especially discuss trust, visualization, and conservation. 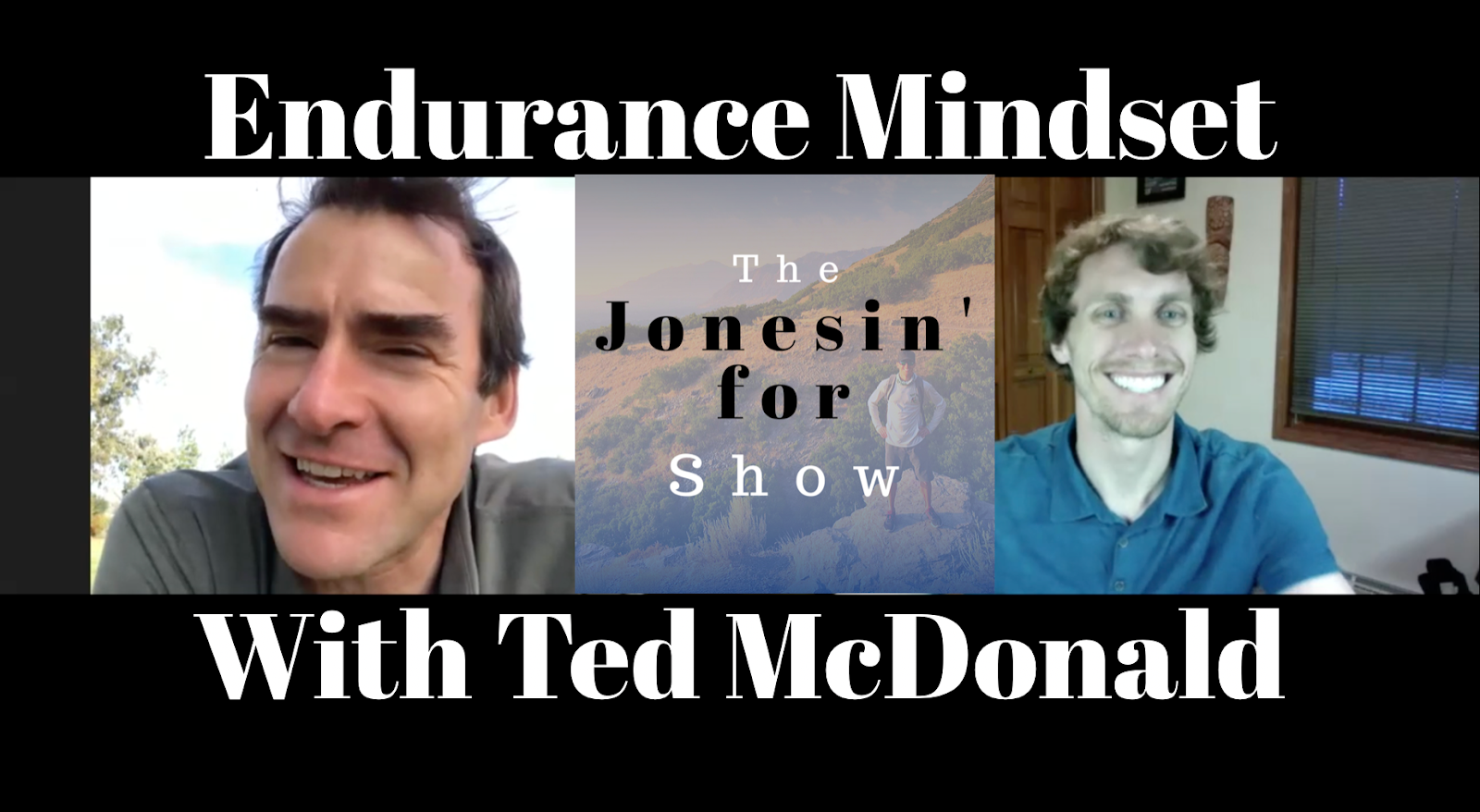 Ted McDonald is an endurance athlete, yoga teacher, personal trainer, and entrepreneur. He has done a lot of work training other people for large endurance races, and trained me for his half Ironman. McDonald first got into endurance sports as a kid when he would play multiple team sports. As he grew older, he began practicing yoga and lost much of his running abilities. About three years later he started running again, and his friend asked him to run a marathon with him. After initially refusing, he changed his mind and started training for the marathon and realized it was very difficult. As he ran the race he got a feeling of euphoria, and decided he wanted to find ways to keep getting that feeling. He began running more challenging and longer races. McDonald says that while finishing the race is awesome, he loves the journey most. He loves being in nature and taking in the beauty while running.

Some tips McDonald has for running endurance races are trust, visualization, and conservation. Trusting that you can get to the end of the race will help you to push through the hard parts of the race that come up. He tells the athletes he trains to visualize themselves crossing the finish line with a smile, this will also help push you to enjoy the run and make it to the end. A final tip is to conserve your energy until the end, then when you get to the end you can go all out.

If you want to learn more about Ted, you can find him at his website www.teddymcdonald.com or on Instagram @teddymcdonald. If you would like to chat with Ted or me about how we can help your team be happier and healthier with our Corporate Wellness program head to his website.